Tributes paid to mother and daughter

The family of a woman and girl murdered in Reedley have paid an emotional tribute to them. 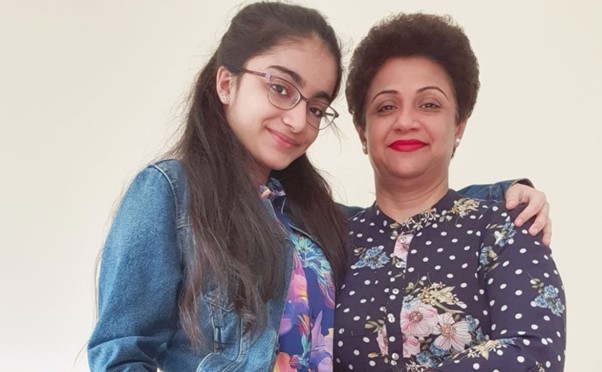 Dr Saman Mir Sacharvi, 49, and a girl, believed to be her daughter, Vian Mangrio, aged 14, were sadly found dead at their home on Colne Road on the morning of Thursday, October 1.

A post-mortem investigation found Dr Sacharvi had died as a result of pressure to her neck and she had also suffered an assault. The girl, believed to be Miss Mangrio, has yet to be formally identified and an investigation is ongoing to establish her cause of death.

A 51-year-old man has been charged by police with two offences of murder and another offence of arson being reckless as to whether life is endangered. He is due to appear at Blackburn Magistrates' Court today (Friday, October 9).

A 44-year-old woman from Burnley arrested yesterday (Thursday, October 8) on suspicion of perverting the course of justice and aiding and abetting murder remains in custody.

The family of the two women have now said the following:

“It is with great sadness that Sacharvi family announces the sudden loss of their beloved daughter Dr Saman Mir Sacharvi (1970- 2020) and Granddaughter Vian Mangrio (2006-2020).

“We have been shaken to our core with grief. We didn't expect such bright and vibrant lights to go out so soon.

“The world has lost two beautiful, kind, warm and compassionate people, always smiling and ready to help others. We will always cherish their beautiful memories and celebrate their life.

"Vian was a loving, caring, intelligent and gifted child. She had a bright future, which sadly has been cut short. She was a young lady with a beautiful smile; she was vibrant and lit up a room when she entered it; she had a zest for life, fashion, art and passion to pursue a career in law.

"It was her dream to gain admission to Cambridge University and I have no doubt she would have achieved this goal and much more. I am deeply saddened and heartbroken that she is no more amongst us and unable to pursue a life she deserved.

"I miss my Vian, whose company I adored and would never tire of; there was no joy beyond this. She was an innocent child, pure and full of hope, for whom I lived for; she was my friend, my life, my everything."

Det Supt Jon Holmes, Head of Major Crime at Lancashire Police, said: “Our thoughts remain with the family and friends of Dr Sacharvi and Miss Mangrio. The tributes paid by them are utterly heartbreaking and give some insight into the immense pain they must be feeling.

“We are continuing our investigation. If you can assist with our enquiries please come forward."

Pictures below of Vian and Saman, as well as Vian and Shaukat.