A man has been jailed for nine years after slitting his friend’s throat and stabbing him multiple times in the back with a kitchen knife.

During the frantic 999 call, that followed just moments later, the victim can be heard shouting in the background that he was going to die. 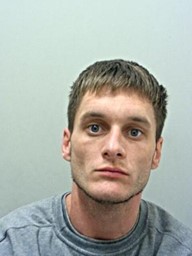 The aftermath of the offence, which happened at an address on Lower Hollin Bank Street, Blackburn, was all captured on CCTV (see link below for footage) from a neighbouring property and used in evidence.

In the footage Harkin can be seen fleeing the scene carrying the weapon as well as a mobile phone and wallet case stolen from the victim during the incident.

The 35-year-old victim can also be seen staggering along the street, covered in blood, before knocking on a neighbour's door for help.

A nearby resident made the call for help as the victim collapsed on the pavement, following the attack which took place at about 7.50pm on July 1st 2020.

The victim was taken to Royal Preston Hospital where he received lifesaving treatment.

DS Steve Munro of Lancashire Police said: “The level of violence which was used in this attack on a vulnerable man, resulting in multiple serious injuries, is totally intolerable.

“Harkin befriended his victim and took advantage of his generous nature before launching an unprovoked attack on him.

“The message here is clear, if you come to Lancashire and commit this type of heinous crime, you will be caught and you will be punished.”

DC Steve O’Boyle, who located and arrested Harkin following a wanted appeal, added: “The impact of this ordeal on the victim has been huge and I would like to applaud him for his bravery.
"I hope this sentence can offer him some form of closure so he can start to move on with his life.”