A Blackpool man who committed numerous breaches of a sexual harm prevention order has been jailed. 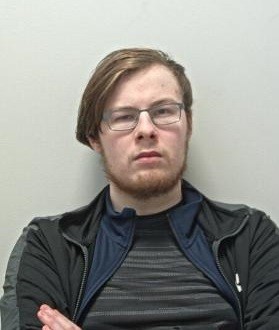 Kyle Sweet, 20, of Knowsley Avenue, was sentenced to eight years in prison at Preston Crown Court on October 1.

Sweet was handed a five-year sexual harm prevention order (SHPO) in August 2019 for previous offending. The order prohibited contacted with a female under the age of 16 and included strict guidelines around internet and mobile phone use.

Sweet could not provide two mobile phones and a USB device for inspection. He also failed to tell officers he had created social media and email accounts.

He was arrested and later released under investigation.

In January this year he was re-arrested for contacting a 13-year-old girl, again in breach of his SHPO.

Sweet was later charged with 13 offences including:

• Two offences of sexual communication with a child.
• Ten offences of breaching a sexual harm prevention order.
• One offence of stalking.

He appeared at court in October and pleaded guilty. He was sentenced to eight years in prison.

Det Con Stewart Marshall, of Blackpool Police’s MOSOVO unit said: “Kyle Sweet is a dangerous and relentless predator who despite being issued with a sexual harm prevention order continued to breach and flout the rules.

“His behaviour is clearly very concerning and disturbing.

“He was warned previously he faced a custodial sentence if he re-offended and we welcome the judgement from the court.

“This investigation highlights our commitment to preventing and detecting offences of this nature. We want victims to feel confident that they will be treated with compassion and that we will do everything possible to trace those responsible and take action against them.

“I’d like to offer reassurance that any reports of sexual offences, new or old, will be dealt with sensitively, thoroughly and professionally, with the interests of the victims and their families being our priority.”