Detectives investigating after a woman holding her baby in a carrier was attacked and robbed by two men in Old Langho have released CCTV of two people they need to trace.

Around 5.10pm yesterday (Thursday, November 19) the victim, a woman in her 20s, was walking on Old Langho Road towards Salesbury Hall Road when she was approached by a man riding a bike and another man walking.

The pair grabbed the woman by the throat before punching her in the face, causing severe bruising. The woman screamed she had a baby, with the offenders making off towards the A59. The baby, a boy, was not injured. The victim later noticed her Bose headphones were missing.

The man riding the bike is described as white, 6ft 4in tall, aged in his mid-20s, with a thick, well-groomed beard. He was wearing black, baggy clothing, with white trainers and had a black, beanie-style hat. He also had black gloves, partly reflective, with his mountain bike described as having thick, chunky tyres.

The second offender was described as wearing a coat.

Following enquiries police have now released CCTV images of two men on bikes they need to trace and identify. 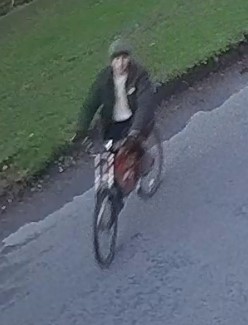 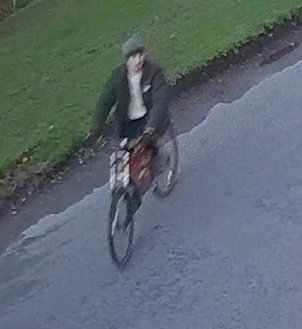 The images were captured at around 4pm – an hour and ten minutes before the offence – on Old Langho Road. 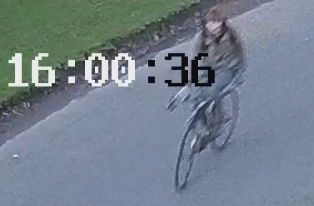 Det Sgt Sarah Hargreaves, of East CID, said: “We have conducted numerous enquiries following this really shocking attack and I would thank to thank the community for all the help they have given us so far. I would now like to appeal to anyone who recognises the men in these pictures to come forward and contact us as they are of interest to our investigation.

“We remain determined to find out who was responsible for this despicable attack.

“I would continue to appeal to anyone with information, or who witnessed the incident, to come forward. If you have any dashboard mounted camera footage which may show the robbery, or recognise the men described, please get in touch.

“We understand a motorist driving a silver Range Rover, with a partial registration plate of PK14, passed the scene shortly after the incident – did you see what happened?

“We recognise this is a very concerning incident for the local community and we would remind people to be vigilant while walking at night.

“Patrols remain in the area and a specialist team of detectives is working on the investigation.”