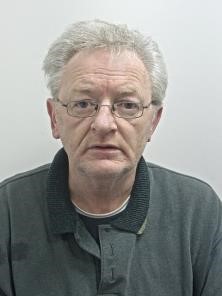 A convicted sex offender from Nelson has been jailed for downloading indecent images of children and animals.

David Ashley, 58, of Brentwood Road, admitted to two counts of breaching his Sexual Harm Prevention Order (SHPO), four counts of making indecent images of children, and a further two counts of being in possession of extreme pornographic images of animals.

In October officers from Lancashire Constabulary’s Management of Sexual Offenders and Violent Offenders (MOSOVO) team seized several of Ashley’s devices during a regular visit to his home as a registered sex offender.

After examination, his devices were found to contain applications designed to hide his internet activity. They also contained breaches of his SHPO and category A, B and C, extreme and prohibited images.

The investigation revealed that the offences were committed between September 2017 and February 2019.

He was sentenced this week at Preston Crown Court to two years in prison; two years for breaching his SHPO, 10 months for making indecent images of children and eight months for possession of extreme images. The sentences will run concurrently.

He was also ordered to sign the Sex Offenders’ Register for 10 years and given an indefinite Sexual Harm Prevention Order.

Investigating officer Jessica Hind of MOSOVO said: “I hope cases such as this one sends out a clear message to offenders that the internet is not an anonymous space for accessing indecent images.''

“We continue to pro-actively target offenders who seek to exploit the internet for their own perverse purposes. Online criminal activity leaves a digital footprint and we will find it.”