An 18-year-old man been jailed after pleading guilty to two knifepoint robberies and sexual assaults. 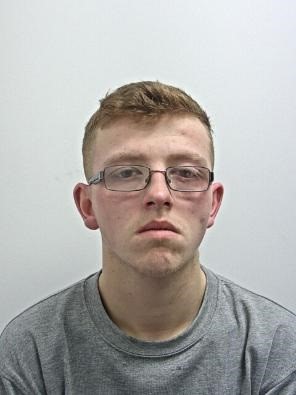 Daniel Swarbrick, of Oxford Road, Burnley, was given a six and a half year custodial sentence, with an extended licence of one and a half years, at Preston Crown Court yesterday (Thursday, November 5).

Swarbrick, 17 at the time of the offences, was arrested in December 2019 after a woman reported an attack to police.

Around 11.40pm on December 13, the victim, 47, was walking on Healywood Road, Burnley, after becoming separated from her friends having visited a cashpoint on a night out.

She noticed a man following her on the opposite side of the road. He shouted something at her which she did not hear and then ran towards her making demands for her phone and money.

He then grabbed her handbag but the victim resisted. The man then threatened to sexually assault her, grabbed her chest area and pushed his hand down her trousers. He also made threats to kill her.

She was pulled to the ground and dragged while the offender continued to pull at her bag. She eventually lost her grip and he ran off with it.
A day later, police received a report of a knifepoint robbery around 2pm at a convenience store in Every Street, Nelson.

A male had entered the shop and threatened a worker with a knife demanding cash from the till. The offender, later identified as Swarbrick, was disturbed and made off from the scene.

Following a number of enquiries and a public appeal for information Swarbrick was arrested and charged.

Det Insp Andy Horne, of Lancashire Police, said: “Daniel Swarbrick is a dangerous and predatory offender who showed a complete disregard for those he attacked.

“The first victim was followed and subjected to a sustained sexual assault which left her both terrified and traumatised.

“A day later he attempted to rob a shop in Nelson, threatening a worker with a large knife.

“His blatant disregard for the law and threat of harm leaves a custodial sentence as the only option and we welcome the court's decision."