Detectives are urging anyone with information to search their consciences and come forwards after a 19-year-old woman was killed in broad daylight in Blackburn yesterday (Sunday, May 17). 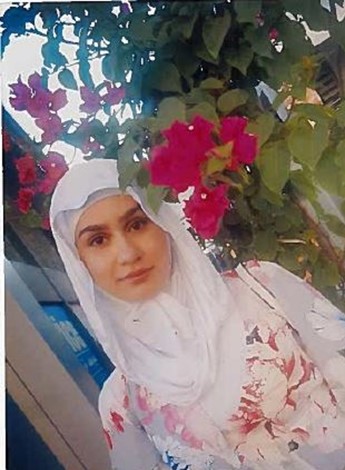 We were called at around 3pm to reports a woman had been found unresponsive on King Street, close to the Lidl supermarket, after two gunshots had been heard in the area.

Emergency services attended and the woman was taken to hospital, where she was sadly pronounced dead a short time later. She has since been named as 19-year-old Aya Hachem from Blackburn.

We are still in the very early stages of our investigation into her death but we know Aya had been walking to the Lidl supermarket when she was killed. A light green Toyota Avensis drove past Aya with a number of occupants on board. Shots have been fired from the vehicle and one of the shots tragically hit Aya.

The Toyota Avensis, bearing the registration number SV53 UBP (pictured below), was later recovered from nearby Wellington Road.

There is no evidence to suggest Aya was the intended target of this attack and every indication is that she was an innocent passerby. We are aware of rumours circulating on social media and we would stress that we are not treating the incident as terrorism-related and do not believe it was a racially-motivated attack.

No arrests have been as yet and a critical incident has been declared.

We are urging anybody with any information at all about the attack to get in touch with us immediately.

DCC Terry Woods, of Lancashire Police, said: “This was an appalling and senseless attack on an innocent young woman, whose life was cut short while she was simply out doing some shopping.

“First and foremost our condolences are with her family, who have lost their daughter during the holy month of Ramadan.

“In the last 24 hours we have learnt that Aya was a much-loved family member and friend who was enjoying her studies at the University of Salford. She also gave her time to being a young trustee of the Children’s Society. For her life to have been cut short like this is unthinkable and her family are understandably utterly distraught.

“We appreciate this incident will have caused a huge amount of worry in the community, and we would like to reassure residents that we have deployed significant additional resources, including armed officers, to carry out high visibility patrols in the area. Anyone with concerns or questions is welcome to speak to those officers.

“We are now asking anybody information to come forward. We know King Street was reasonably busy at the time of the attack and there will have been witnesses in the areas of King Street and Whalley Banks, near Lidl and the A674, who may have seen something or who may know who is responsible.

“We believe a green-coloured Toyota Avensis was used to commit the offence, and this car was later recovered nearby. If you saw the car in the area of King Street and Whalley Banks, or if you saw it being abandoned on Wellington Road, again we would urge you to get in touch. Similarly if you have information about who had been using this vehicle either on the day of the attack or in the weeks preceding, please tell us.

“We are also still appealing for anybody with mobile phone, CCTV or dashcam footage taken in the area between 10am and 4pm yesterday to send it to us.

“We appreciate people may not want to get involved and may be reluctant to come forward, but an innocent young woman has been killed in broad daylight and we are asking anybody with any information at all to search their consciences and get in touch to tell us what they know.”

In a tribute, Aya's family said:

"Our beautiful 19-year-old daughter Aya has been taken from us in the most horrific circumstances.

"She was the most loyal devoted daughter who enjoyed spending time with her family especially her brothers and sisters IBRAHAM, ASSIL and AMIR.

"She excelled in her studies both at Blackburn Central High School and  at Salford University where she was in her second year and dreamed of becoming a solicitor. She had just completed her exams and was learning to drive.

"We her parents are absolutely devastated by her death and would like to take this opportunity to plead with any members of the public who may have any information however small that may bring those responsible to justice.

"We ask for privacy at this distressing time for us to grieve as a family."

Any information or  footage can be sent in to us via the major incident portal at https://mipp.police.uk/operation/0401020120E05-PO1