DETECTIVES investigating the murder of Aya Hachem in Blackburn have been given more time to question three people arrested in connection with her death.

There are now a total of 11 people in custody in connection with the investigation into Aya’s death and police enquiries are continuing.

Police launched a major investigation after Aya, 19, was shot in broad daylight on Sunday (May 17th) as she was out shopping close to the Lidl supermarket on King Street in Blackburn.

Emergency services attended and she was taken to hospital but was sadly pronounced dead a short time later. 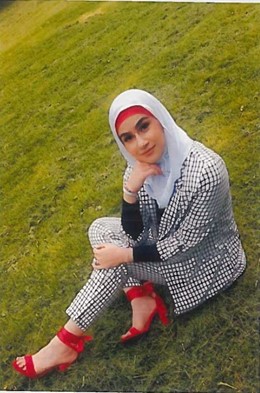 A post mortem examination revealed that Aya died as a result of a gunshot wound to her chest.

Before she was fatally wounded, a light silver/ green Toyota Avensis drove past Aya. Shots were fired from the vehicle and tragically, one of them struck and killed her.

Officers do not believe she was the intended target of the attack.

The Avensis, with the registration number SV53 UBP, was recovered by police on Sunday (Sunday, May 17th) on Wellington Road.

A police presence remains in the area whilst enquiries continue.

The shooting is not being treated as terrorism-related or a racially-motivated.

Any information or video footage can be sent in to us via the Major Incident Public Portal at https://mipp.police.uk/operation/0401020120E05-PO1