We are appealing for help in identifying a man who was found on the beach in Blackpool.

We were called at around 9pm last night (Monday) to reports the body of a man, thought to be aged in his 20s or 30s, had been found on the beach at Blackpool, close to South Pier.

We have been making a number of enquiries to try and identify the man, but so far these have been unsuccessful. We have also not received any missing from home reports for a man matching his description.

The man is described as being of slim, athletic build with shoulder length dark hair, a trimmed beard and blue eyes. He was wearing grey towel shorts, a Marl grey ‘Wills University Outfitters’ hoodie (as pictured) and blue Adidas running trainers. 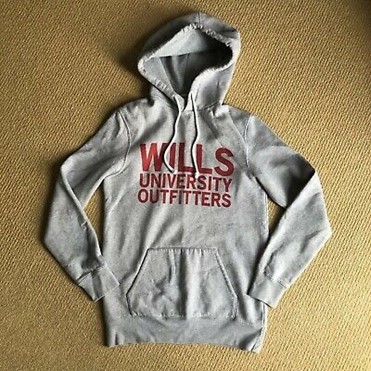 DS Lee Kelly of Blackpool Police, said: “This is extremely sad news and we need to find the man’s next of kin. We believe he may have been out running shortly before his death.

“If this description sounds like someone you know, or you are concerned for a loved one, please get in touch with us as soon as possible. Likewise, if you were in the South Pier area last night and saw anything that could help with our investigation, we would like to hear from you.