Do you recognise this man? We want to speak to him in connection with alleged disorder between Burnley FC and Newcastle United fans at a pub in December. 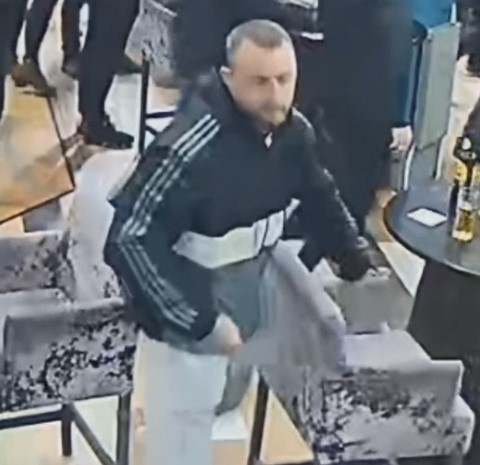 The incident is believed to have taken place on Saturday, December 14, at around 4.25pm at the Turf Hotel on Yorkshire Street, Burnley.

Following an initial altercation between the rival groups of fans, some Newcastle supporters were ejected by door staff.

A short time later, a group of between 20 to 25 Newcastle supporters returned and a fight broke out, with pool cues, glasses and bar furniture used as weapons.

One man had to be treated at hospital for an eye injury.

Police initially appealed for information in February with one man identified and interviewed.

Officers have now released CCTV footage of this man, pictured, who they would like to identify as part of their enquiries.

A number of men have been interviewed by police in Lancashire and Northumbria linked to the incident.

PC Dan Fish, of Burnley Police, said: “We are keen to speak to this man and would urge anyone who knows who it is to come forward immediately.

“I believe someone knows this individual and I would ask for the public’s help in identifying him.”

Anyone with information can call PC Dan Fish on 07967 819474. Alternatively, you can email [email protected] or independent charity Crimestoppers can be contacted anonymously on 0800 555111 or online at crimestoppers-uk.org.