Have you seen Daniel Harold Milburn? 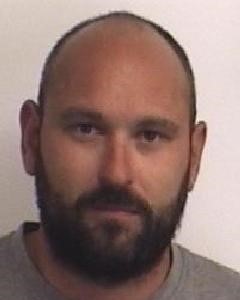 The 35 year old, formerly of Gloucestershire, is wanted for absconding from HMP Kirkham yesterday (22 January).

Milburn was sentenced to 66 months in prison at Leicester Crown Court in November 2018 for three counts of arson with intent/reckless as to whether life was endangered.

He is described as being 5ft 9in tall, of medium to heavy build. He has brown eyes, cropped/shaven black hair and speaks with a Welsh accent. He also has tattoos including ‘SUE’ on his left finger and a Batman symbol on his back.

Anyone who has seen Milburn or knows where he might be is urged to call 101 quoting log number 1402 of 22 January.