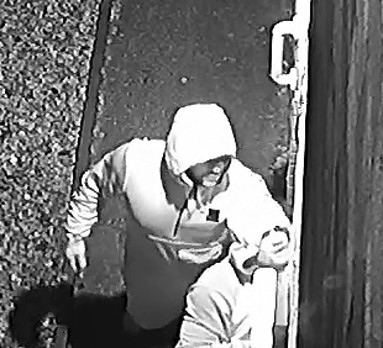 Do you recognise the men pictured in this CCTV? We want to speak to them following a violent burglary at a house in Leyland.

It happened at around 2:50am on Friday 13 December when the victim awoke to hear banging on the front door of his address on Meadowcroft Road.

Two men, potentially armed with a knife, have the forced their way through the door.

They have punched the victim in the head and then taken £300 from his wallet, along with his phone. He was thrown to the floor but managed to escape when the thieves were searching his lounge.

DC Andrew Causey from Chorley CID said: “While we are still investigating the reason for the man being burgled, we are treating this as a targeted attack.

“We need anyone who may recognise this pair to get in touch.”