POLICE have issued an image of an unknown woman they are trying to trace.

Officers are concerned for the woman’s welfare and are asking for the public’s help to find out who she is so they can make contact with her.

They are also asking the woman herself to come forward and contact police if she sees the appeal.

Police need to speak to the woman, pictured here on CCTV, in connection with an on-going investigation. No further details can be released at this stage for operational reasons.

The woman is not suspected of any offences.

The CCTV was captured at The Mall shopping centre, in Blackburn at about midday on Thursday 12th December 2019 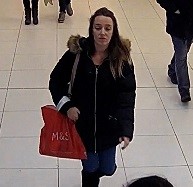 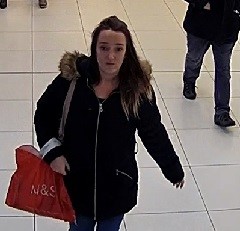 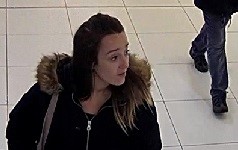 Detective Constable Natasha Bennett, of East police, said: “We are urgently asking for the public’s help in identifying the woman in the attached photographs. She is not being investigated and does not need to provide or assist with evidence; however, there are a number of factors requiring the need to identify her.

“If anyone knows who she is or where she may I would ask them to contact police as soon as they can. I would also appeal to the woman herself to get in touch with us if she sees this appeal.”

Anyone with information should email  [email protected]