We are appealing for information after a 40-year-old man died following a collision in Accrington.

Police were called around 5.50pm yesterday (Sunday, February 2) to reports of an accident on Manchester Road.

It was reported a Peugeot 208 car, travelling south, had been involved in a collision with a pedestrian before being driven away.

The pedestrian suffered serious injuries and was sadly pronounced dead at the scene.

He can now be named as Umran Hussain Sodagar, 40, who was from Accrington. In a tribute his family said: “We have lost a loving son, husband, and father who put smiles on many faces, touched many hearts and will forever remain in those hearts. A friend to many, best known for his positive energy, always bringing people together, a believer in love and a man of good morals and principles. He will be truly missed and his legacy will remain. In his own words ‘Lancashire’s finest’ We love you.” 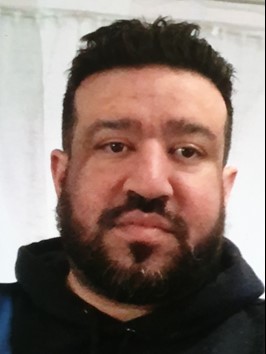 Following enquiries, two men were arrested by police, with the Peugeot later recovered from Lemonius Street.

The road was closed for four hours while accident investigators attended the scene.

Police are appealing for information following the collision and are particularly keen to trace the driver of a black BMW car, believed to have witnessed the incident.

Sgt Steve Hardman, of Lancashire Police’s Tactical Operations, said: “These are tragic circumstances and my thoughts are with Umran’s family and his friends at this sad and difficult time.

“While we have made two arrests, we are keen to speak to any witnesses who might have seen what happened.

“Of note, we are keen to trace the driver of a black BMW, who is thought to have seen the incident.

“I would encourage anyone with information to come forward as soon as possible.”

Two men, both aged 25 and from Accrington, have been arrested on suspicion of causing death by dangerous driving and are in custody.