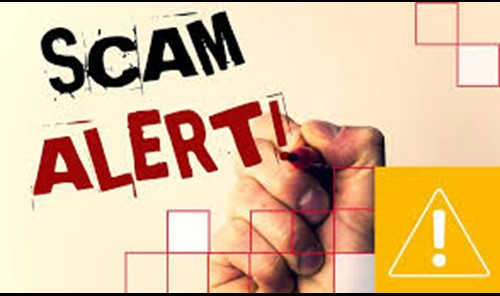 We are warning members of the public to be vigilant after we received four reports of courier fraud in the last 48 hours.

A total of more than £20,000 is thought to have been stolen from elderly victims who have each handed over large sums of money.

The reports have all come from the Thornton Cleveleys and Fleetwood areas where offenders are phoning victims impersonating police officers, and stating a fraud is being investigated.

The victims are being asked to withdraw an amount of money, usually around £6000, so that the numbers on the bank notes can be checked in line with the apparent investigation.

Offenders encourage victims to stay on the phone during the transaction, before taking the cash home where the caller confirms that it is needed to be seized.

Within the next hour, a ‘courier’ attends the address to collect the bank notes, usually quoting an agreed password, in an attempt to appear legitimate.

Offenders are using taxi firms to assist them in driving them to the addresses and are also thought to be posing as well-known couriers such as DPD.

One incident was intercepted by officers after the family of a victim in her 70s contacted police when they became suspicious of a mysterious phone call. Officers attended her home address in Fleetwood at around 2pm yesterday (December 17th) and the money was secured.

Other reports include a man in his 70s who handed over £5,000 to who he believed to be a courier. He was told it was required for assisting with a fraud investigation and gave the cash to a man who came to his home at around 3.30pm yesterday in Thornton Cleveleys.

A woman in her 80s also withdrew around £12,000 in two separate transactions yesterday in similar circumstances. It was again handed over to a ‘courier.’

Another report came from another woman in her 80s who withdraw £6,000 on December 16th and handed it to a ‘courier’ who came to her home address in Thornton Cleveleys.

DI Mark Riley of Lancashire Police said: “The bank, the police or any other organisation for that matter will never phone you and ask you to withdraw funds for inspection. They will never ask you to transfer funds to a safe account and they will also never send someone to collect cash, pins, cards or cheque books either.

“I would ask people to be extra vigilant at this time. If you get a phone call from someone saying they are from the police or the bank do not provide your account details or hand over any cash.

“These are unscrupulous offenders with no morals and are only interested in bringing misery during what should be a festive time which is difficult enough during Covid restrictions.

“May I also ask that local taxi firms and courier firms are conscious of these offences and if they are not happy about collecting items from elderly victims then they should question this and if necessary call 101.

“We intercepted one incident of courier fraud yesterday and the victim was prevented from handing over her savings. But there were unfortunately three other incidents where victims have sadly handed over large sums of cash to their 'couriers'.

"Please be aware of this highly sophisticated and devastating scam. Scammers target elderly and vulnerable people so please make your loved ones aware. If you do receive a call, immediately report the matter to the police as soon as possible.”

If you, or someone you know has been a victim of fraud contact Action Fraud on 0300123 2040 or visit https://www.actionfraud.police.uk/