Two men have been jailed following an incident where an imitation firearm was fired at a car in Accrington.

At 12.40pm on May 3, we were called to the report that an Audi car had been rammed by a Mercedes vehicle and the Audi had also been shot at on Ormerod Street in the town.

Footage obtained by officers shows the Mercedes pull up alongside the Audi and an arm comes out of the front passenger side window holding what is now known to be a BB gun. The weapon is pointed at the Audi driver’s window and fired. 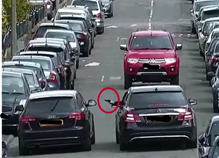 A short distance further down the road there is further footage of defendant Hughie Lock getting out of the Mercedes and firing a gun at the car, before the Audi leaves at speed.

The Mercedes, which Lock was a passenger in, was later seen at a caravan site on Aqueduct Road, Blackburn.

The driver of that vehicle was Lock’s co-defendant Kieron Bolton. 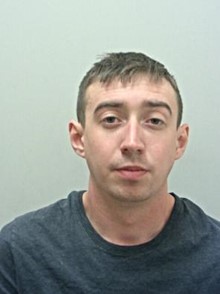 Lock left the site in a red Ford Focus but was stopped by officers and arrested in Bolton Road, Blackburn, at 4.35pm on suspicion of firearms offences. Bolton (pictured right) was identified from CCTV and was arrested when he turned up at Lock’s court hearing.

Lock, 27, of Aqueduct Road, Blackburn, and Bolton, 22, of Glenluce Crescent, Blackburn, both pleaded guilty to possession of an imitation firearm with intent to cause an individual to believe that violence would be used against them and two counts of criminal damage.

Lock (below right) was sentenced to two years and nine months custody, while Bolton was given two years and 11 months. Bolton, who also admitted to driving while disqualified and without a licence, was banned from driving for 12 months. 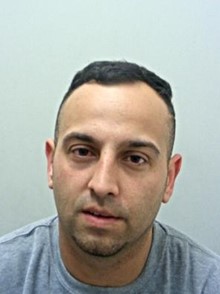 DC Paul Beverley, of East CID, said: “This was a dispute between two parties who were known to each other which escalated into unacceptable violence on the streets of Accrington. I understand that this incident would have caused a great deal of concern in the community at the time and I hope the speedy arrests and subsequent custodial sentences will provide residents with a sense of reassurance.”

Anyone with information about crime in their area can call police on 101 or report it online at https://doitonline.lancashire.police.uk. Alternatively call independent charity Crimestoppers in 0800 555111.