A MAN who subjected his victim to years of physical and sexual abuse has today (Friday, December 18th) been convicted of a string of violent offences.

Umar Hamid abused the woman over a period of 14 years after they met when she was just 18.

Most of the offending took place between 2006 and 2013 but resurfaced in the spring of 2020 when the victim, now 32, reported him to the police.

Hamid, 29, previously Hazel Avenue, Darwen, was arrested in May this year and was convicted of 11 offences including rape, assault and firearms offences following a trial at Preston Crown Court.

The offences were committed at addresses in Burnley and Blackburn.

Hamid will be sentenced in February. 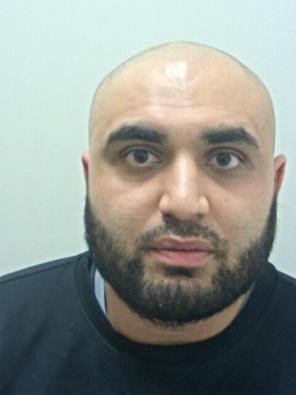 Detective Inspector Tom Edmondson, of East Police, said: “Hamid subjected his victim to an ordeal of physical and sexual abuse over many years and I would like to pay tribute to her for having the courage to come forward and speak to us about what happened to her and for supporting the court process which has today seen her abuser convicted of these horrific offences.

“I hope that today’s verdicts – which I’m sure will be followed by a significant jail term -  will give some consolation to the victim in this case and confidence to others who may be suffering abuse that they can come forward and report to Lancashire Police safe in the knowledge that we will investigate with professionalism and sensitivity with the aim of both safeguarding victims and putting offenders behind bars.”