A murder investigation is underway after a man died following an assault last month.

Mr Pearson was subjected to an assault on Lytham Road in Blackpool, close to the junction with Bournemouth Road at around 6:45pm on Saturday, July 18th.

He was knocked unconscious during the attack, but after regaining consciousness walked to a nearby address.

After becoming unwell, he was taken to Blackpool Victoria Hospital with serious head injuries, and later transferred to Royal Preston Hospital where he died. A post mortem examination to establish the cause of his death will take place in due course. 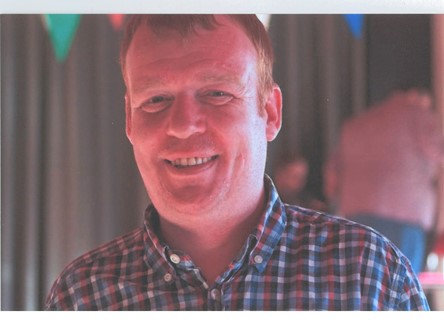 Detectives are piecing together Matthew’s last movements on the day he was assaulted and the days leading up to him being taken to hospital.

Detective Inspector Mark Dickinson from Lancashire’s Force Major Investigation Team (FMIT) said: “Firstly, my thoughts and sympathies are with Matthew’s family and friends at this extremely difficult time. They are being supported by specially trained officers.

“We are seeking to build a detailed picture of the incident and specifically what happened to him on Saturday 18th July.”

“If you saw him or spoke to him on Saturday 18th July, or if know about what happened to him on that day, or of any significant events involving Matthew in the previous days, please get in contact as you may have vital information to assist our investigation.”

Matthew’s family have paid the following tribute to him:

“Matthew was a much loved Son, Brother, Dad and friend to many. He was loving, kind and intelligent always with a book in his hand as he loved to read.

“We are completely heartbroken by his death and our lives without him will never be the same again.”

Two people were arrested in connection with the incident.

Andrew Claydon, 44, of Lytham Road, Blackpool, has been charged with Grievous Bodily Harm and appeared at Blackpool Magistrates’ Court on 22nd July.

A 29-year-old woman from Blackpool who was arrested on suspicion of assault, has been bailed until 10/08/2020 pending further enquiries.

Anyone with information should contact police on 101 quoting log number 1310 of July 18th or independent charity Crimestoppers on 0800 555 111.