POLICE are appealing for information after an elderly woman was mugged in Preston.

The 82-year-old victim was walking to her car on Sulby Drive, Preston at about 11am on Thursday, August 29th after a visit to the dentist when she was approached from behind by a male on a bike.

The offender pushed the woman and grabbed her handbag dragging her to the floor in the process. He then made off on the bike towards the junction of Longridge Road and Sulby Drive.

The victim was left shaken but physically unhurt.

Police have now released CCTV of a male on a push bike they want to speak to. 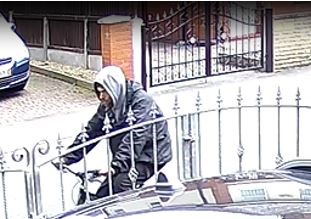 Detective Constable Rachel Scott, of Preston CID, said: “This was a shocking robbery of an elderly lady who was fortunate not to be hurt. This incident has had a serious impact on her independence and she is now scared to leave her own house.

“I would appeal for anyone who recognises this male in the CCTV or anyone with information to come forward. If this is you in the picture then I would ask that you contact police so we can arrange to speak to you.”

Anyone with information should call police on 101 quoting log number 401 of August 29th or independent charity Crimestoppers on 0800 555 111.