A Lancashire Constabulary officer and a mother from Rossendale have been given special awards recognising their heroism and bravery following a deliberate house fire. 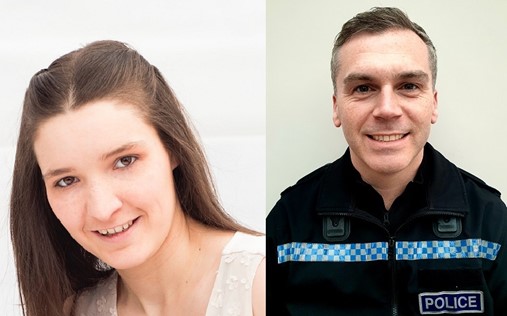 PC Mark Fletcher, 40, a response officer based in Rossendale and Leanne Collopy 25, have been named as recipients of The Queen’s Commendation for Bravery Medal.

The pair were recommended by the George Cross Committee, with the Prime Minister passing their nominations to the Queen, after demonstrating unwavering bravery during a fire at a property in Burnley Road in July 2017.

Leanne had been subject to a brutal attack by a man at her address and took actions to save her child when the house was deliberately set on fire.

PC Fletcher, the first officer on scene, smashed a ground floor window, climbed inside the blazing property and opened the front door. He helped to rescue the child, Leanne and the man during the incident.

Sadly Leanne died from her injuries and was given the award posthumously.

Her attacker was later handed a life sentence.

The family of Leanne Collopy said: “As a family we are immensely proud and honoured that Leanne's final actions as a devoted mum have been acknowledged in such a way.”

PC Fletcher said: “I am hugely proud to be the recipient of the Queen’s Commendation for Bravery.

“At the time of the incident I thought nothing more than saving those involved and protecting those in harm’s way.

“Tragically Leanne, who did so much to protect her child that night, was fatally injured. I am very pleased she had been recognised for her actions and know her family are proud she has been acknowledged.”