ALMOST 150 knives have been taken off the streets in Lancashire as part of a national week of action aimed at tackling knife crime.

The knives were handed in as part of Op Sceptre, part of the response to continuing incidents across the country, including a number of recent fatal stabbings, which means knife crime remains firmly in the national spotlight.

Lancashire Constabulary is committed to protecting the community from the potentially devastating consequences of knife crime through prevention, education and enforcement.

Prevention is about removing knives from circulation, reiterating the consequences and the seriousness of carrying a knife.

Education is about breaking the chain, targeting those most vulnerable to carrying knives, namely young people in their teens.

Enforcement is about using proactive police powers and community intelligence to target areas where people are thought to routinely carry knives – using stop and search powers, knife arches and detector wands to prevent and deter people from carrying knives.

There were 15 Test Purchase operations at retailers resulting in four failures.

There were over 70 engagement events attended by staff distributing key messages and information. A number of schools have also requested further information and presentations in the future.

Chief Inspector Steve Anderton said: “We are pleased with how the week has gone but there is more to do. Lancashire Constabulary is being really pro-active about how it tackles knife crime.  We are continuing to raise awareness of the dangers of carrying a knife among children and young people, regularly visiting schools to talk to students about the dangers of carrying a knife.

“We have a zero-tolerance policy towards knife possession, and anyone who is found to be in possession of a knife could face up to five years in prison.

“Selling a knife to or buying a knife for anyone under the age of 18 is a criminal offence and we work closely with our partners at trading standards to educate retailers.

“Nationally, young people who end up in hospital with a knife injury have usually been stabbed with their own knife – carrying a knife puts you at risk. You don’t have to use the knife to get a criminal record – just being in possession of a blade in public is illegal.

“We regularly take part in weeks of action including national knife surrenders but this is not just a police issue and we continue to work closely with partners to educate people on the dangers of carrying a knife as it could have tragic consequences.” We would encourage anyone with information about knife crime in Lancashire  to contact police or independent charity Crimestoppers on 0800 555 111. More information is available here https://www.lancashire.police.uk/help-advice/safer-communities/knife-crime/ 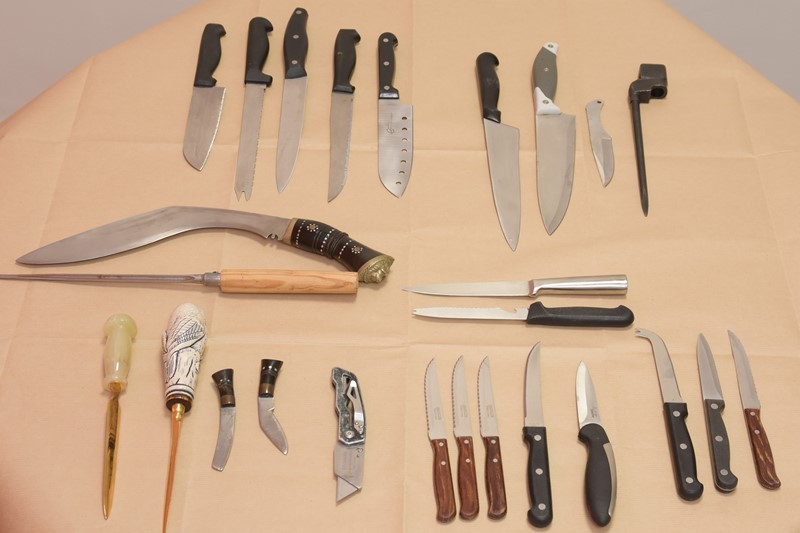