A MAN who sprayed ammonia in a police officer’s face leaving him partially blind has been sentenced to 18 and a half years.

Sgt Andy Gore was sprayed full in the face with the substance as he went up the stairs of a house in Darwen while responding to a 999 call.

He blacked out and fell back down the stairs and was helped by colleagues in the address before being taken by them to hospital.

Andy, a police officer with 22 years experience, was left struggling to breath and despite numerous medical interventions remains blind in one eye.

Paul Elliot, 46, was due to stand trial this week but changed his plea to admit a charge of Section 18 wounding against Sgt Gore and two counts of throwing a noxious substance with intent in relation to two other officers.

He will serve 14 years and six months and will then be released on licence for four years. 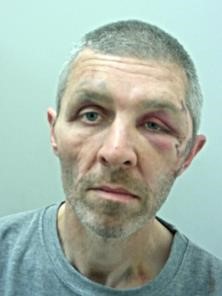 Police were called to the house on Ash Grove in the early hours of April 16th this year and were attacked as they made their way up the stairs. Elliot escaped through a first floor window but was arrested a short time later.

In his Victim Impact Statement provided to the court Sgt Gore describes the incident as the worst moment of his life when everything changed. The impact, he says, has ruined his life as it was and left him emotionally and psychologically scarred as well as physically injured.

ACC Peter Lawson said: “The assault on Sgt Gore was a truly shocking incident which has left him with some significant injuries. My thoughts and the thoughts of everyone at Lancashire Police remain with him and his family and I look forward to when he can come back to work and return to the job I know he loves.

“This cowardly attack was in many ways an assault on all police officers and shows once again the dangers that our staff face and how they put their lives on the line each and every day to protect people.” 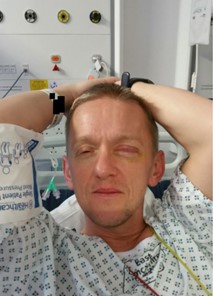 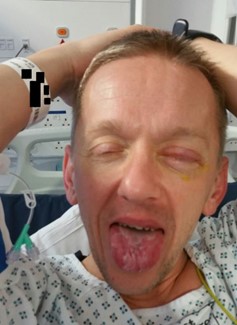