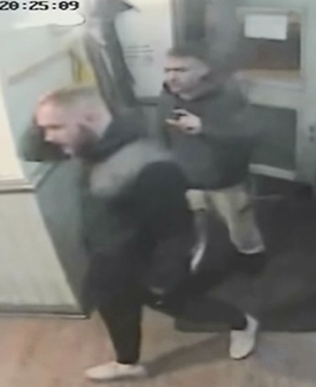 We want to speak to them following an aggravated burglary in Kirkham.

We were called shortly after 9pm on Monday 28th October to reports that two men had entered an address on Freckleton Street.

Once inside the men have threatened the occupant of the house and hit him with a golf club and a hammer.

The man suffered injuries to his head, face, ribs and hands.

Damage was caused to the man’s televisions and a Nintendo Switch was stolen.

The men left the property, running in the direction of the Queen’s pub on Poulton Street.

PC Darren Woodley said: “We have been making extensive enquiries and now want to speak to the two men pictured in the CCTV as part of our investigation.

“Do you recognise them? If you have any information at all that could help, please contact us as soon as possible.

“This was a terrible attack on a man in his own home and we need to find the people responsible.”

If you any information that could help, please call 101 quoting log number 1492 of 28th October.