A TEENAGER has been found guilty of the killing of Marek Krivak in Burnley.

Drew Wilkinson, 18, punched the 32-year-old Slovakian in the head during an altercation before further striking out at him and kicking him in the head as he lay motionless on the floor. He was wearing a knuckle-duster in his hand at the time of the assault. 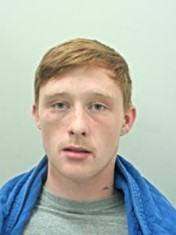 Police were called at around 7.05am on Saturday 27th October last year to reports of an assault on Hargreaves Street in Burnley.

Officers attended and Mr Krivak (pictured) was found on the floor with head injuries, a witness to the incident was administering CPR. 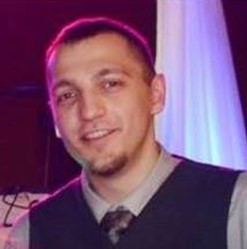 Police officers continued to treat him until paramedics arrived. Mr Krivak was taken to Royal Preston Hospital for treatment but sadly died from his injuries on Tuesday 30th October.

A post mortem examination gave the cause of death as head injuries.

Wilkinson, of Straight Mile Court, Burnley was initially charged with section 18 assault and possession of an offensive weapon but this was changed to murder following Mr Krivak’s death.

Wilkinson was cleared of murder but convicted of manslaughter following a trial at Preston Crown Court and will be sentenced later.

Detective Chief Inspector Leah Rice, of East Division, said: “Drew Wilkinson subjected Marek Krivak to a sudden outburst of violence and in a fit of sustained aggression caused the catastrophic injuries from which he never recovered.

“I would like to thank prosecution counsel and the jury for their careful consideration of the case.

“My thoughts remain with Marek Krivak’s family and friends and I hope this successful prosecution can offer them some chance of moving forward with their lives.”