A man has today (Monday, March 25th) been jailed after admitting killing a man in Blackburn.

Police were called by the ambulance service to Peridot Close in the town at shortly after 10am on Sunday, October 14th last year to reports that 29-year-old Tarro Grogan, known as Taz, had suffered a number stab wounds. He sadly died at the scene despite the efforts of paramedics.

Slater, of no fixed address, was initially charged with murder but a guilty plea to manslaughter was accepted by the court.

He was jailed for eight years and three months. 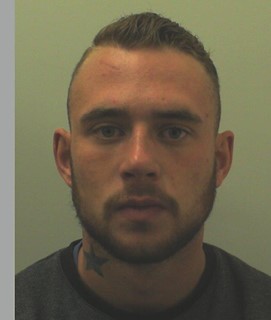 Detective Chief Inspector Zoe Russo, of the Force Major Investigation Team, said: “This was a tragic incident which resulted in one young man losing his life and another facing the consequences of his actions.

“My thoughts remain with Tarro Grogan’s family and friends at this time. I would like to thank them for the way they have conducted themselves with dignity throughout these proceedings.

“This case shows with all too sad a clarity the devastating consequences which can result from using and carrying a knife.”

In a tribute Mr Grogan’s family said: “The day that Taz was taken from the family was the day our family lost its heart. He was the most loyal, caring and protective brother I could have wished for and right now life feels empty without him. We are glad the evil thug that ripped our family apart has finally been sentenced but no amount of time given will bring Taz back. His daughters will never get to hold their daddy or hear him tell them he loves them again. A mother and father will never get to see their son get married, settle down and grow old. Sisters and brothers have lost their best friend and strength. There will forever be a void in our hearts that will never be filled and it’s all because this thug picked up a knife that day.”