A FORMER army cadet captain has been jailed for more than eight years after admitting child sex offences.

George Walker, 80, was a Lieutenant and later a Captain in the Army Cadets in Burnley and Haslingden in the 1970s. All the victims were young Army Cadets under the defendant’s control as he was their senior officer. He befriended the boys and their families and used the opportunity to systematically sexually abuse them.

Walker was convicted in 2017 of abusing two Army Cadets in the 1970s and was jailed for five years and three months.

As a result of the publicity of that case in The Lancashire Telegraph four more boys came forward to report abuse and in January this year Walker pleaded guilty to a further 24 offences of child sexual abuse against boys aged as young as 13 in the 1970s.

He was jailed at Burnley Crown Court on Thursday (February 28th). The latest sentence will run consecutive to the 2017 sentence. 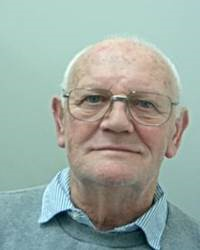 Det Sgt Mark Holland, of East Police, said: “All the victims in this case have been extraordinarily brave to come forward and report what happened to them and to be prepared to face their abuser in court.

“These boys have described how they have lived in torture after what Walker did to them all those years ago and I hope this sentence can help them somehow move forward with their lives. They need feel no shame or guilt – that burden is Walkers and Walkers alone to bear.

“Lancashire Constabulary will continue to investigate sexual abuse, no matter who the perpetrator or how long ago the abuse occurred and we would encourage anyone who has been a victim to come forward and report it, confident that it will be investigated professionally and sensitively.”