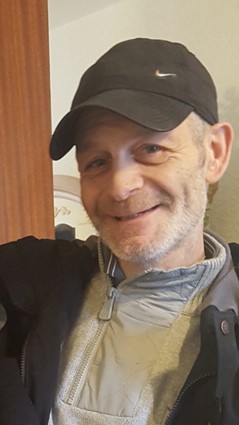 Detectives are appealing for the public’s help in tracing a Burnley man’s final movements.

Emergency services were called to an address on Florence Street at around 15:15 on Tuesday 19 March after the body of a man had been found.

The man, Andrew Forrest, 49 (pictured), was sadly pronounced dead at the scene.

Andrew’s death is currently being treated as unexplained.

A post mortem examination has taken place, however a cause of death is yet to be established. Further tests will be carried out.

We have been carrying out a number of enquires to piece together Andrew’s movements in the lead up to 19 March.

Mr Forrest visited a family member in the local area around 10am on Saturday 16 March and then returned home.

We are now appealing for anyone who came into contact with Mr Forrest between Saturday 16 March and Tuesday 19 March to come forward.

Det Ch Inspector Gareth Willis of Lancashire’s Force Major Investigation team said: “Our thoughts are with Andrew’s family at this incredibly difficult time. They are being supported by specially trained officers.

“We currently do not know how Andrew died and the exact time of his death. Therefore we are appealing to anyone who may have seen or even heard from him between Saturday and Tuesday to speak to us.

“If you have any information and haven’t already spoken to us, please get in touch as soon as possible. Any information, no matter how minor, could prove to be important.”

Andrew’s family have paid the following tribute to him:

“Andrew was a wonderful and loving dad, grandad, son, stepson, brother, brother in law, uncle and friend who was a Burnley football club enthusiast and a very sociable person, who cared about everyone.

“As a family we are trying to come to terms with our loss and kindly ask that you respect our wishes for privacy.”