A Preston man has today (Friday, June 7) been jailed after admitting inciting a 12 year old boy to engage in sexual activity.

He was also made the subject of a Sexual Harm Prevention Order and ordered to sign the Sex Offenders Register.

Aspden, a former official at Springfields FC junior football team, was arrested in December 2017 after a complaint was made to police. 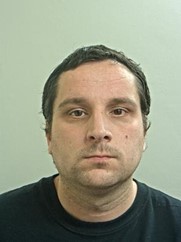 A boy reported that Aspden had asked him to perform a sexual act in a caravan in Cumbria. The boy refused, reporting the incident to police.

Aspden went on the run to the United States of America in December 2018 and failed to return to the UK for his court hearings. He admitted his guilt via video and returned to England for sentencing.

Det Con Marek Misiuna, of Lancashire Police, said: “David Aspden is a dangerous and predatory offender who targeted and groomed his victim in an attempt to incite sexual activity.

“Thankfully the victim recognised Aspden’s actions were serious offences and reported the incidents to his family then police. We must praise his bravery in coming forward and reporting what took place.

“Aspden will now face a number of years in prison and we welcome today’s sentencing.”