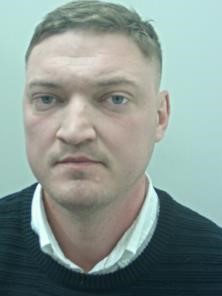 A man has been jailed for 7 years after a woman was sexually assaulted.

Colin Evans, 32, of Fielding Lane, Oswaldtwistle was convicted of one count of sexual assault following a  trial at Burnley Crown Court.

The woman was seriously sexually assaulted in Accrington.

Judge Dodd sentenced him to 7 years in prison and ordered him to sign the Sex Offenders’ Register.

DC Lisa Bennett of Burnley CID said: “Evans is a depraved and sadistic man who subjected the victim to the most horrific and brutal abuse.

“I would like to commend the victim who has shown tremendous bravery in coming forward to report this and throughout the court process. A dangerous individual is now behind bars.

“Lancashire Constabulary remains committed to investigating offences of this nature. We would encourage anyone who has been a victim of a sexual offence to come forward safe in the knowledge that they will be treated sensitively and professionally.”