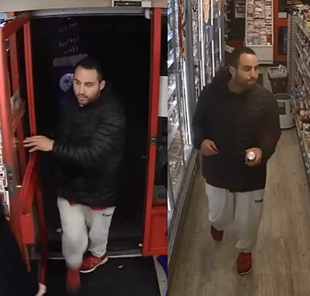 Police are making a fresh bid for information, eight months on from the last sighting of Preston man Steven Durand.

Steven, 31, was reported as missing from the Hornby Avenue area of Preston on October 28.

Enquiries have revealed that Steven’s last known movements are as follows:

Despite several appeals for information, Steven has not been seen since 20 October.

Steven’s mum Christine Durand is desperate for news about her son and is asking everyone to cast their minds back to that time.

She said: “Steven suffers from mental health issues but is a very kind soul and will talk to anyone. I’d ask that people think back to those dates in October and have a really good think if they were in the Chorley or Manchester areas. Did you see my son or even have a conversation with him? Steven has been gone for eight months now and my one plea is that people don’t forget about him. Every month that passes is another without my son and another month of pain and worry.”

Steven is described as mixed race, 5ft 10in tall, of stocky build with cropped dark hair. He is mixed-race and walks with a noticeable limp due to having cerebral palsy. Steven has links to the Preston and Chorley areas.

DC Jon Quinn of Preston Police said: “Steven’s disappearance is of great concern for us and we are doing all we can to find him but we need the public’s help. Somebody must know something and I’d urge anyone with information, no matter how small or insignificant they think it is, to make contact with us today.”