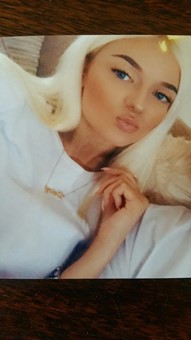 Have you seen Daisy Simpson, aged 20?

She is missing from home in Loveclough and we are growing increasingly concerned for her welfare.

She was last seen at around 3.45pm yesterday (Monday) at her home address.

She is described as 5ft 5ins tall, of slight build, with a pale complexion and blue eyes. She was last seen wearing a pastel pink puffa jacket, a white crop top, grey leggings, white trainers and carrying a pink carry-on suitcase.

She has links to Leeds and Manchester.

If you have seen or heard from her, or know where she may be, we would urge you to get in touch with us as soon as possible.

PC Tony Hardman, of Rossendale Police, said: “We are extremely worried about Daisy and are asking anybody with information about where she may be to get in touch with us immediately.

“Similarly we would ask Daisy herself, if she sees this appeal, to contact us to let us know she is safe.”