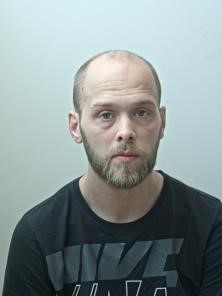 Last week we appealed for information after a woman had her handbag stolen in Blackpool.

It happened at around 22:20 hours on Sunday 9th June as the 62 year old woman was walking along Church Street.

Thanks to everyone who contacted us regarding the identity of the man in the CCTV images.

We subsequently arrested and charged Edward Plumb, 28, of no fixed address with theft from the person and fraud by false representation.

Plumb (pictured) appeared at Blackpool Magistrates’ Court yesterday (Monday 24th June) where he pleaded guilty to both charges. He has been sentenced to 240 days in prison.