DETECTIVES are appealing for help to trace a man after an assault in Blackpool which left a teenager with serious injuries.

The 16-year-old victim, a trainee soldier with the British Army was visiting from Scotland and was out with friends in Blackpool Town Centre when the suspect approached him outside the Brew Rooms on Church Street and punched him once to the head knocking him unconscious. The victim suffered a fractured skull and a bleed on the brain, and as a result he has been medically discharged from the Army, ending his Army career.

The incident happened at about 11.20pm on Saturday, June 30th.

The suspect is described as a white man wearing a white t-shirt. 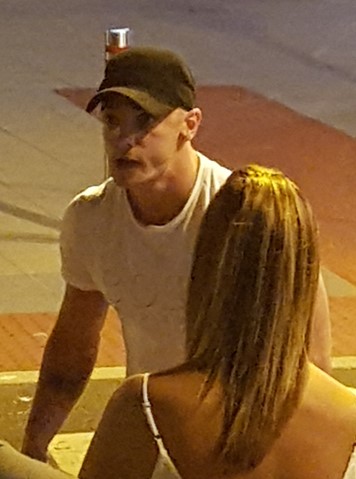 Detective Constable Mark Ryan, of Blackpool CID, said: “This was a serious assault on a young man enjoying a night out with friends, an assault which has directly caused an early end to his army career.

“I would appeal to anyone who recognises the man in the picture or who has any information to get in touch. I would also ask the offender himself to come forward and speak to us.”

Anyone with information should contact DC Ryan on [email protected] quoting log 0045 of July 1st or independent charity Crimestoppers on 0800 555 111.