Men sentenced after extensive damage and theft at Thwaites site

Two men have today (Thursday, February 21st) been jailed for stealing and causing damage to the cost of over £313k at a historic brewery site in Blackburn. 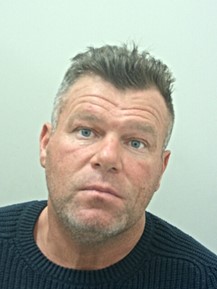 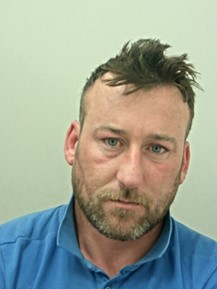 A fourth person – a 17 year old boy who pleaded guilty to the same charges – has been bailed to appear at youth court for sentencing at a later date.

At just after 8pm on Saturday 26 May, a large group of travellers believed on their way to Appleby Fair in Cumbria, gained access to the Thwaites Brewery site on Penny Street, Blackburn and set up an encampment.

Despite requests to move on by Thwaites’ security, the group refused and evicted a guard from the site.

Whilst being asked to leave on the Saturday (26 May) and the following day (Sunday 27 May), Thomas Ward, referring to himself as “Big John” and “Big Dave”, tried to blackmail two Thwaites employees, demanding £20,000 or “the place is ours.”

Later that day (Sunday 27 May), the travellers occupying the area allowed some Thwaites staff on to the site for around an hour and a half so they could remove personal items, sensitive documents and valuable equipment including computers. At that time, nothing had been damaged but unfortunately the workers were not able to remove everything of value.

At some point after this visit, some of the group – lead by the Wards and a 17-year-old boy – looted office buildings, stealing televisions, computer equipment, high value alcohol and electrical copper wiring from throughout the entire site.

The travellers remained at the site until they were moved on by police escort on Monday 28 May (Bank Holiday Monday).

Staff then returned to the location to work and discovered large scale theft and damage across all buildings. Police were able to access CCTV images taken before the power was cut by the looters but despite the offenders’ faces being covered or having their hoods up, they were matched against some other footage taken at a nearby supermarket which lead to the identification of Thomas, Patrick and John Ward, along with a 17-year-old boy.

Raids took place on Tuesday 26 June at Levershulme Park in Bolton where the Wards had set up camp. Key clothing, believed to have been worn during the destruction, was discovered.

During a search of Thomas Ward’s caravan, around £1,700 cash was recovered along with two USB sticks labelled with ‘Daniel Thwaites PLC’.

All four were arrested and subsequently charged for their involvement.

Speaking after court, Superintendent Andrea Barrow from Blackburn Police said: “We promised we would seek justice for Thwaites, their staff and the public and we have carried out a thorough investigation which has led to today’s positive result.

“When Thwaites’ staff entered their place of work on Monday 28 May, they were met with scenes of utter devastation. Not only had lots of equipment and alcohol been stolen, the power had been cut, windows had been smashed, office furniture damaged, food had been thrown over floors and a water cooler had been tipped over causing flooding. Employee’s personal possessions had literally been scattered around and 1,700 pints of beer had to be thrown away.

“It was extremely upsetting for Thwaites staff who had had been due to end over 200 years of brewing at this particular site around 12 weeks later, however, they had to make the tough decision to not brew there again, such was the risk of contamination.

“The behaviour of all the people involved in the damage and destruction was utterly deplorable. Thomas Ward not only had the audacity to force employees off company property, he then tried to coerce them into paying thousands of pounds for the travellers to leave. Thankfully no money was handed over in spite of his demands.”

Discussing the investigation, she added: “Lots of work went on behind the scenes to ensure we traced the right people, arrested them and gathered enough evidence to secure convictions. The conspiracy charges demonstrate the seriousness of the offences that were committed.

“We know how much upset this incident caused to the people of Blackburn and Lancashire as a whole. We’re sorry if people felt we could have done more at the time, but we hope that the quality of our investigation and our determination to put those responsible behind bars will have gone some way towards allaying the concerns of the community.

“I would like to thank Thwaites, who we have been in regular contact with throughout the investigation and court process.

“I would also like to remind people that this was a unique incident in terms of the damage caused. Those sentenced today are criminals who behaved in a completely unacceptable manner and we have dealt with them as such.

“We generally have good relationships with the travelling community and the level of destruction and damage caused to the site is not reflective of the behaviour of all Travellers.

“We know other people were involved who haven’t yet appeared before the courts and so our investigation continues to ensure we trace them and bring them to justice also. If you know anything that could help, please get in touch.”

Wendy Evans, Senior Crown Prosecutor from the CPS North West, said: “The defendants, led by Thomas Ward, took advantage of a bank holiday weekend to loot and cause extensive criminal damage at Thwaites brewery. The destruction they caused had a devastating impact on the company and on their staff.

“The CPS worked closely with the police to build a strong case against the men, in particular piecing together the events of the weekend from CCTV that showed each man entering the building on numerous occasions and taking everything they could get their hands on.

“The strength of the case led Thomas Ward and John Ward to plead guilty, and led the jury to convict Patrick Ward in his absence at a trial.”

Alternatively, you can contact independent charity Crimestoppers anonymously on 0800 555 111 or online at ‎crimestoppers-uk.org.