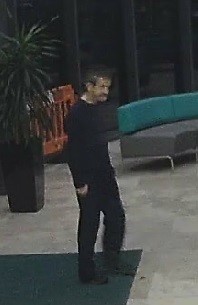 Jason, of Park Road, walked out of the hospital towards East Park Drive, but has not been seen since.

Police are extremely concerned about his disappearance and are urging anyone with information to come forward.

Det Ch Insp Pauline Stables, of Lancashire Police’s Force Major Investigation Team, said: “Every day which goes by without find Jason is more and more worrying. He has been missing for more than a month now and while we have conducted numerous enquiries to find him, he has yet to be located.

“We remain committed to finding Jason and have a dedicated team of detectives working hard to try and find out what has happened to him and where he may be.

“We have released CCTV footage showing Jason inside Blackpool Victoria Hospital in the hope it jogs someone’s memory. Did you see someone matching Jason’s appearance in the hours after 11.30pm? Do you have any information which might assist our investigation? If so, please come forward.”

Jason is described as white, 5ft 8in tall, of medium build with short, grey hair. He was wearing a long sleeve dark blue jumper without a hood, dark blue joggers and black trainers, at the time of his disappearance.

Officers have conducted extensive searches in and around the Blackpool Victoria Hospital area, as well as at a property in Park Road as part of the inquiry.

Last month a 47-year-old man from Blackpool was arrested on suspicion of Jason’s murder. He has later released under investigation pending further enquiries.

“They just want to find him – any piece of information, however seemingly insignificant, could be crucial to locating him.

“We know he has previously used outbuildings as a place to stay and we would urge people to check sheds and garages in case he has sought shelter.

“Please take a good look at his picture too – have you seen him, or a man similar in description, in recent weeks? Please contact us if you can help.”

Anyone with information should contact Blackpool Police with any information on 101 quoting log 1156 of November 6. For immediate sightings call 999.