Detectives investigating the disappearance of a missing Blackpool man have released a new image in their appeal to find him. 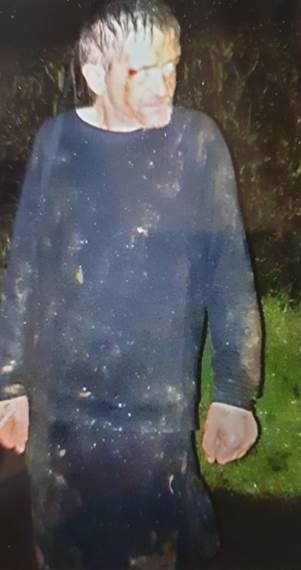 Earlier this week we released further footage showing Jason walking northbound past Marvin’s on Breck Road around 3.50am on November 2. This is the last confirmed sighting of Jason.

Officers reviewing Jason’s movements have since recovered a clearer image showing Jason’s appearance in the early hours of November 2.

“He can be seen wearing wet, muddy clothing and has a cut above his right eye. His appearance would have been unusual and I hope someone will remember seeing him.

“Any information, no matter how seemingly insignificant, could be crucial to finding him.”

Jason is described as white, 5ft 8in tall, of medium build with short, grey hair. He was wearing a long sleeve dark blue jumper without a hood, dark blue joggers and black trainers, at the time of his disappearance.

Officers have conducted extensive searches in and around the Blackpool Victoria Hospital area, as well as at a property in Park Road as part of the inquiry.

Last month a 47-year-old man from Blackpool was arrested on suspicion of Jason’s murder. He has later released under investigation pending further enquiries.

At this time Jason’s disappearance is being treated as a missing person investigation.

Police are appealing for information and urging Poulton residents to check all outbuildings, as Jason has previously stayed in garages and sheds.

Anyone with information should contact Blackpool Police with any information on 101 quoting log 1156 of November 6. For immediate sightings call 999.