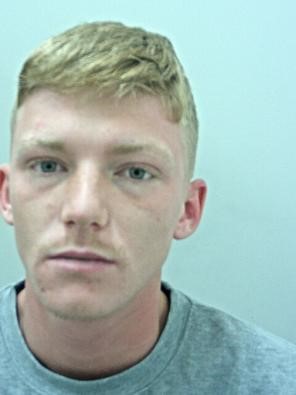 A man who killed a married couple in a motorway collision has been jailed.

Police had been called around 9.55pm on November 11 following reports of an accident close to Junction 31a of the M6.

A vehicle had collided with the central reservation, stopping in lane three. A rolling road block was put in place, eventually bringing the northbound carriageway to a stop.

Motorists had been advised to reduce their speed while the vehicle was safely removed.

Mr Howard and Mrs Howard, from Lancaster, were travelling northbound in a Vauxhall Vectra car which had stopped in the queuing traffic.

Nichol, driving an Audi A4, approached the rear of the road block at speed before colliding with the Vauxhall.

The occupants of the Audi, three men and two women, made off from the scene and were later arrested.

The M6 northbound was closed for more than six hours while accident investigators attended.

Nichol pleaded guilty and was given an eight year prison sentence and banned from driving for 11 years.

Sgt David Hurst, of Lancashire Police’s Tactical Operations, said: “James Nichol showed a blatant disregard for other motorists, ignoring the warnings to slow down before colliding with the rear of Mr and Mrs Howard’s car.

“Both were sadly left fatally injured and my thoughts remain with them and their family at this difficult time.

“Nichol could offer no explanation for his reckless actions which have robbed a family of a much-loved mother and father.

“The significant sentence is a reminder to all motorists of the dangers such irresponsible driving can lead to.

“We welcome the sentence passed down by the judge, which clearly reflects the devastating outcome of an entirely preventable collision. We hope it will serve as a deterrent to those who choose to drive dangerously.”