FIVE members of a criminal gang have been sentenced over a plot to kidnap a man following a Lancashire Constabulary investigation – codenamed Pelican.

The gang launched an elaborate plan to snatch Hassan Akhtar in revenge after he stole cash from the crime gang’s kingpin.

Hassan Akhtar, along with his wife Amera, were employed by the OCG to transport criminal cash from the North West to Europe to launder the money.

Head of the OCG Hanif Manjra employed a former soldier and private investigator called Alexander Gibbons to track down Akhtar and on 25th August 2017 Gibbons and his associate John Powell entered a Travelodge on Burnley Lane in Oldham. Hassan Akhtar and his family had checked into the hotel on the 22nd August.

Posing as a police officer Gibbons obtained the hotel’s guest list and a master key to all rooms. Moments later he and Powell were seen dragging Hassan Akhtar through the reception and outside. Akhtar, however, managed to escape.

The kidnap plot continued over the next two months with members of the gang using various sophisticated techniques, including the use of vehicle trackers to trace Akhtar’s movements and carrying out covert surveillance on him and his wife Amera.

On the 10th October Gibbons and another gang member were arrested whilst carrying out ‘surveillance’ of Amera Akhtar. They were in a vehicle which was searched and police recovered a ‘kidnap kit’ consisting of knives, tear gas, a balaclava, a snood, silicone gloves, duct tape, cable ties, a paper suit, plastic sheets, a photograph of Hassan Akhtar, a UN security badge, a sword disguised as walking stick and a demolition bar.

Also recovered from the vehicle was a piece of notepaper, upon which there was a handwritten note, it read, ‘take target, tape mouth 1st, then hands, behind back, once in vehicle, tape legs.

Gibbons and Thomas were arrested and the arrests of the other members of the gang followed police enquiries.

Both Hassan (24/1/69) and Amera Akhtar (20/9/75), of Blackburn Road, Accrington admitted money laundering offences in July last year. Hassan was jailed for 20 months and Amera was given a 12-month community order.

All the above were charged with Conspiracy to Kidnap. Alexander Gibbons was also charged with Having an Offensive Weapon (cane sword)

They were sentenced at Preston Crown Court on Wednesday, December 18th. 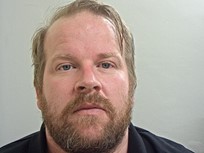 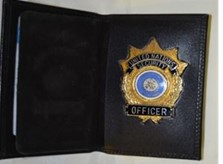 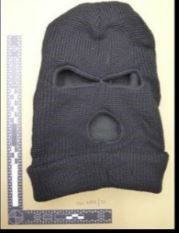 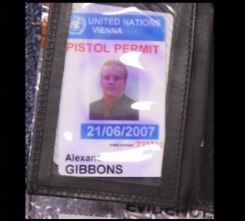