A football fan has been handed a three year banning order after admitting assault and racially aggravated public order offences. 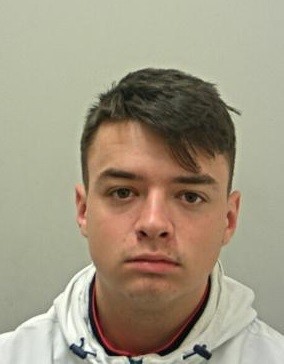 Kieron Lewis, 18, was given the order at Blackburn Magistrates’ Court on November 28 following his behaviour during the Blackburn Rovers vs Oldham Athletic Carabao Cup fixture at Ewood Park on August 13.

Lewis, of Bolton Road, Blackburn, had been racially abusing Oldham fans and made a number of comments towards players during the game.

He later verbally abused a Blackburn Rovers player as he was substituted, with an 18-year-old man challenging Lewis’ behaviour. Lewis then started punching the man, with the victim suffering minor injuries to his face and back.

Lewis was removed from the stadium and later spoken with by police. He was summoned to appear at court, admitting assault and racially aggravated public order offences.

"He was challenged by another fan about his actions and then started to attack him. Thankfully he was reported to police and made a full admission.

"We welcome the court result and hope it serves as a warning to others."

A Rovers spokesman said: "Blackburn Rovers fully support the action of the Lancashire Police in dealing with this case. The club has a zero tolerance policy in relation to offences involving any form of discriminatory abuse or behaviour. We are pleased to see that the court has supported both the club and the Lancashire Police in handing down a sentence which reflects the gravity of the offences committed."