WE are appealing for help to trace the men in these pictures after an assault.

The victim, 37, had filled up his car at the Texaco garage on Garstang Road in Preston in the early hours of November 24th when he was approached and attacked.

The two offenders repeatedly punched the victim in the head causing bruising and cuts in the unprovoked assault.

PC Paul Goulding, of South Police, said: “This was a completely unprovoked assault on a man simply filling up his car. I would appeal to anyone who recognises the men in these images to get in touch.”

Anyone with information should contact police on 101 quoting log number 0964 of November 24th or independent charity Crimestoppers on 0800 555 111. 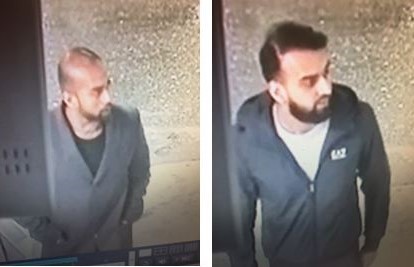