Detectives launched an investigation in 2017 after two firearms incidents in Lancashire one month apart.

The first report came on Sunday 7 May. At around 1:20am, a man returned home to find damage to his front door and the windows of his house on Beaconsfield Street, Haslingden.

Officers attended and found damage believed to be caused by the discharge of a shot gun. Despite there being children asleep in the address, nobody was injured.

The following month, on Monday 5 June, we received a report that two shots had been fired at the door of an address on Richmond Road, Accrington at around 9:50pm.

A woman in her sixties was sitting on the sofa when she was shot and fell to the ground. She suffered injuries to her leg and arm which luckily weren’t serious. 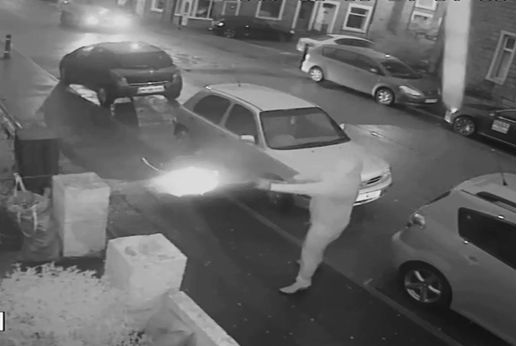 Following thorough enquiries, detectives established that the two incidents were linked and believed it was related to an ongoing dispute between a group of men who were known to each other.

Two days after the Accrington discharge, police were following a Black BWW on the M6 motorway. Officers signalled for the car to take the exit, but the car failed to do so. It was later stopped a junction later.

Whilst talking to the occupants of the car, officers received information that a member of the public had seen something being thrown from a vehicle.

Upon searching the area, a bag containing a firearm was discovered at the side of the motorway.

The firearm recovered was examined and later linked to both shootings.

The details of the convictions are below:

Three other men on trial were found not guilty.

A 28 year old man was found not guilty of two counts of conspiracy to possess a firearm with intent to cause fear of violence in relation to both incidents.

A 30 year old man was found not guilty of conspiracy to possess a firearm with intent to cause fear of violence in relation to the Accrington shooting.

A 33 year old man was found not guilty of conspiracy to possess a firearm with intent to cause fear of violence in relation to the Accrington incident.

“One woman suffered minor injuries as a result of one of the shootings, but in reality this could have been much more serious. It is only a matter of luck that she was not seriously hurt or even killed.

“Gun crime has no place in Lancashire.”

The men will be sentenced on 30 May.

Raheel Khan, 26, from Shipley (pictured) remains wanted in relation to the firearms discharge in Haslingden. 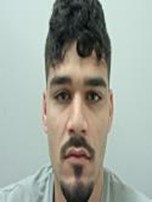 Khan was originally arrested in connection with the incident but released under investigation. We haven’t been able to make contact with him since and are asking that anyone who sees him or knows where he may to contact us as soon as possible.

Detective Ch Insp Zoe Russo continued: “We continue to seek any information in relation to Raheel Khan’s whereabouts. If you know where he is, please get in touch.”