Investigation after series of robberies in Blackpool

An investigation is underway following four robberies in Blackpool over a two week period.

The incidents occurred between 1st and 14th April and we are now appealing for information.

The first incident occurred at around 5:30am on 1st April on Mansfield Road close to the cemetery.

The offender approached a man and produced a knife, making demands for property.

The victim luckily escaped without harm and didn’t have anything stolen.

The man is described as being white and was wearing a dark hooded top.

The second incident happened at around 7:30am on 12th April. A man entered the Subway restaurant on Westcliffe Drive armed with a hammer. He asked the staff to empty the till and left with a small amount of cash.

The man is described as being white and wearing a dark jacket or hoody, with his face partially covered by a hat or snood.

CCTV images of a man we want to speak to in relation to this incident are shown below: 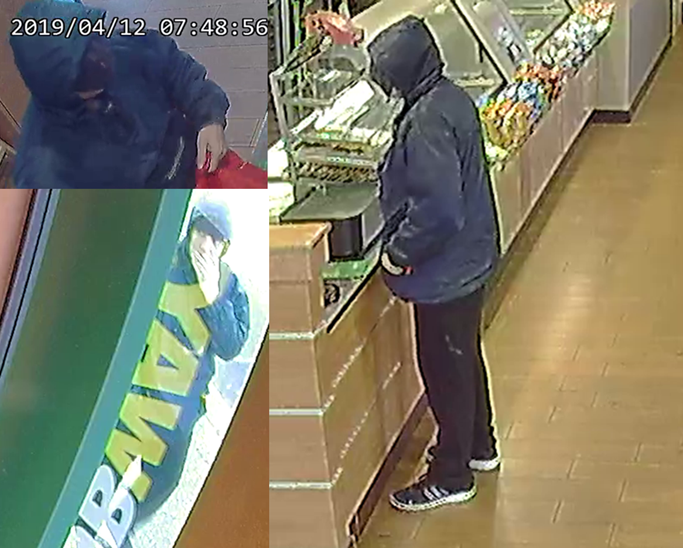 Later that same day, at approximately 10pm a man matching the same description entered the Bargain Booze store on Talbot Road. Staff refused to hand over any property and he left empty handed. It is not known if any weapons were present.

The final incident took place at Subway again, on 14th April.  The offender entered the store carrying a knife and instructed the staff to empty the tills into a carrier bag, stealing around £300 in cash.

Images of a man we want to speak to in connection with this are below: 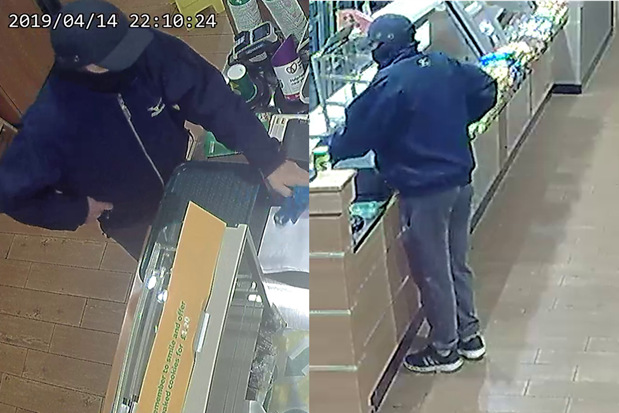 Det Insp Eric Halford of Blackpool Police, said: “These are serious incidents where threats of violence have been used.

“We have launched an investigation and are determined to find out who is responsible.

“The incidents have been confined to a small geographic area and have been very similar in nature, with similar descriptions given for the offender. At this stage, we believe they are linked.

“Please study the photographs and the clothing displayed in them. If you have any information please get in touch as soon as possible.”

Alternatively independent charity Crimestoppers can be contacted anonymously on 0800 555 111 or online at Crimestoppers-uk.org.