MEMBERS of a gang which targeted and stole high performance cars in a series of burglaries have been jailed.

During April and May 2017, there were a series of burglaries in the Chorley area of Lancashire during which houses were targeted that had high value, high performance vehicles parked on driveways or in front of the address.

The offenders entered the houses during the early hours of the morning usually via unlocked doors and stole the keys and the cars were then driven from the scene.

Investigations showed a similar pattern of linked night-time burglaries had occurred in other areas of Lancashire including Blackburn, Blackpool and Ormskirk along with a number of similar offences in the Bolton and Egerton areas of Greater Manchester.

In total the gang are believed to have been responsible for 42 domestic burglaries during which 60 vehicles valued at almost half a million pounds were stolen.

An aggravating factor of these offences was that most of the addresses were occupied at the time of the burglaries with families in bed asleep. On several occasions police patrols spotted the stolen vehicles but the drivers had ignored instructions to stop and had driven recklessly and at speed causing the officers to call off the pursuit.

Operation Laundry was set up in the summer of 2017 to identify, investigate and prosecute the offenders suspected of theses offences. A number young men from the Preston, Chorley and Bolton areas were quickly identified as belonging to a small organised crime group communicating via phone call, text messages and social media sites to arrange and carry out these crimes.

The gang would identify good class housing estates in semi- rural areas where they would walk along the street approaching front doors to the addresses and finding one insecure they would then enter and commit the offences. The group were caught on CCTV footage from a number of locations using this modus operandi and on occasions individuals were identified from the footage although they tried to conceal their identities using hoodies and other clothing pulled up over their faces.

Having stolen the vehicles cars the group would disguise its identity by attaching false number plates usually bearing that of a vehicle of similar make and model. This was in an attempt to avoid detection and recovery of the vehicle. Telephony enquiries showed that the offenders had researched the ‘donor vehicle’ beforehand using vehicle sales web sites to make sure that it was taxed and had an M.OT. before cloning the registration plate.

Most of the vehicle were recovered due to the fact that they contained tracking and GPS devices, however telephony evidence does show that the group had tried to address this during the later burglaries as recovered messages show them discussing with a mechanic on how to disconnect a tracking device in a certain vehicle. A number of vehicles remain outstanding and have never been recovered along with other items of property stolen including expensive bicycles, laptops and other personal items.

Joshua Penney, 22, of Chorley 7 years 6 month for burglary and 3 years 6 months for conspiracy to steal (vehicles from outside the burgled addresses), to be served concurrently.

Jason Booth, 23, of  Chorley 4 years 6 months reduced to 2 years 10 months with time served and 2 years for conspiracy to steal (vehicles from outside the burgled addresses), to be served concurrently.

Luke Ricardo, 19, of Tyldesley Road, Atherton, was given a two year community order with unpaid work for conspiracy to steal (vehicles from outside the burgled addresses)

Ryan McCarrick, 20, of Victoria Road, Horwich was given a 15 month detention in a young offender institution, suspended for two years, a tag and unpaid work.

A 17-year-old youth from Chorley was also given two year youth rehabilitation orders with tag curfew and unpaid work elements for conspiracy to commit burglary and conspiracy to steal (vehicles from outside the burgled addresses theft of vehicles). He cannot be named for legal reasons.

Sgt Mike Riley, of South Police, said “This was a sophisticated and well organised criminal operation targeting high value and high performance cars with many homes being violated while the occupants were asleep in bed at the time.

“The gang disguised the identities of the stolen cars using cloned plates or plates stolen from legitimate vehicles and communicated using mobile phones deleting many of the messages involved. They also made use of gloves to minimise forensic opportunities and hooded tops to evade detection by CCTV.

“I welcome today’s sentences which reflect the both the gravity and scale of the offending.”

The judge commended the police investigation and the manner in which the evidence was presented in court. 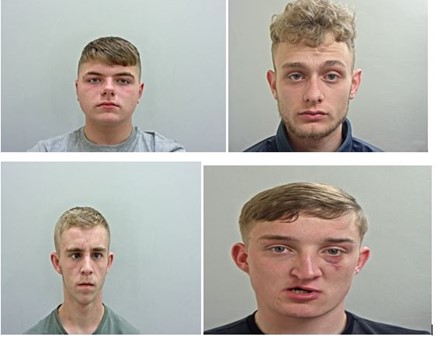 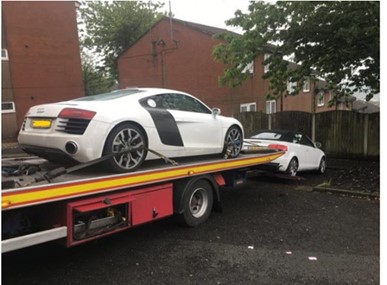 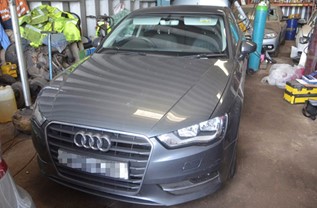 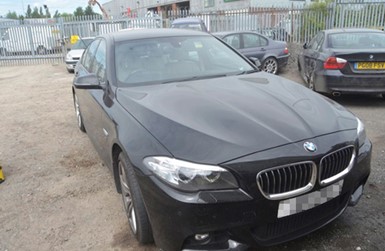