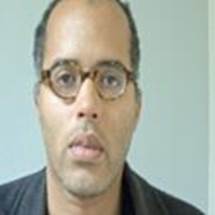 A MAN has been jailed for ten months after failing to provide a password to police investigating allegations concerning on-line images of child abuse.

Damion Bagalue, 42, pleaded guilty at Preston Crown Court to one charge under the Regulation of Investigatory Powers Act.

Bagalue was arrested and a number of internet enabled devices were seized and later found to be password protected. Bagalue repeatedly refused to co-operate or provide these passwords and was charged with the RIPA offence.

In addition to the jail sentence he was also given a five year sexual harm prevention order, a forfeiture and destruction order for all his devices was also ordered by the court.

Police forces have the power to demand password to access media devices like mobile phones and laptop computers. Refusal to hand over the information is a criminal offence under Section 49 of the Regulation of Investigatory Powers Act 2000 (RIPA)

Refusal to comply with a notice served under s49 of RIPA can result in a maximum sentence of two years imprisonment, or five years in cases involving national security or child indecency.

Investigating Officer Lynne Blackwell said: “Suspects in on-line investigations may seek to obstruct investigations by withholding passwords and Lancashire Constabulary will take robust action against anyone who seeks to frustrate our efforts to investigate alleged crimes and seek justice for victims.

“We remain committed to a tenacious and pro-active approach to investigating such crimes and to identifying those individuals who seek to use the internet for their own depraved purposes.

“I would urge anyone who has suspicions about illegal use of the internet to report it to the police using 101 or anonymously through Crimestoppers on 0800 555 111.”