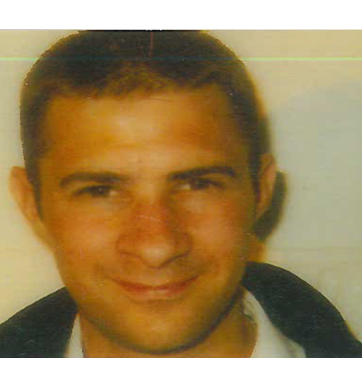 DETECTIVES investigating the discovery of a man’s skeleton in Chorley have identified him – more than 15 years after he was found.

The human bones were discovered on farmland in Charnock Richard, near Chorley on 26th July 2002.

The find kick-started a major murder investigation to try and establish the identity of the dead man and that of his potential killer or killers but who he was has remained a mystery, until now.

Advances in DNA have now allowed police to identify the body as Darren Carley who went missing from his home in Swindon in January 2002 aged 24.

A post mortem examination revealed the cause of death to be blunt force trauma to the head. A fresh murder inquiry has been launched by Lancashire Police to try to establish how Darren sustained his fatal injuries and who is responsible.

Detective Chief Inspector Geoff Hurst, from Lancashire Constabulary’s Force Major Investigation Team, said: “First and foremost my thoughts are with Darren’s family. For 16 years they have been left desperately searching for answers following his disappearance and I hope that the fact that he has now finally been identified and returned to them will offer them some peace.

“While this investigation has never been closed, we now have a renewed focus on finding who killed Darren and piecing together exactly what happened to him after he went missing and how his body came to be in Lancashire. Hopefully we will be able to provide some further answers and some justice for his family.

“We will not let the passage of time be a barrier to our investigation and we have a dedicated team of detectives working on this, pursuing a number of lines of enquiry.

“While I appreciate Darren went missing some time ago I would ask the public to cast their minds back to 2002– the year when Manchester hosted the Commonwealth Games. Did you see or meet Darren at this time? Do you have any information which could help with our investigation or piecing together his final movements?

“We have a six month gap between him being reported missing and his body being found and we’re appealing for anyone who had contact with him between January and July 2002 to come forward. Any information, no matter how small, could prove to be significant.”

Mr Carley’s body was buried at Chorley Cemetery but he has now been exhumed and returned to his family in Wiltshire.

The original police investigation led detectives to consult forensic archaeologists and odontologists. A computer-generated image of the man’s face was also created as well as a clay head model. Other scientific experts were consulted which led detectives to believe that the victim may have lived a large part of his life in the West Midlands. Police also travelled to India after some experts suggested he could have been from the sub-continent.

Detective Chief Inspector Geoff Hurst added: “Reaching this point is the result of advances in DNA but there are a huge number of officers and staff who have worked on this enquiry in the last 16 years and I thank them for their efforts.”

The facts – what we know

Anyone with information should contact police on 101, ask for Lancashire Police and quote log number 456 of 4th October or independent charity Crimestoppers on 0800 555 111.

You can also head to https://mipp.police.uk/ to report any relevant information.