Blackpool man jailed for catalogue of offences against young girls 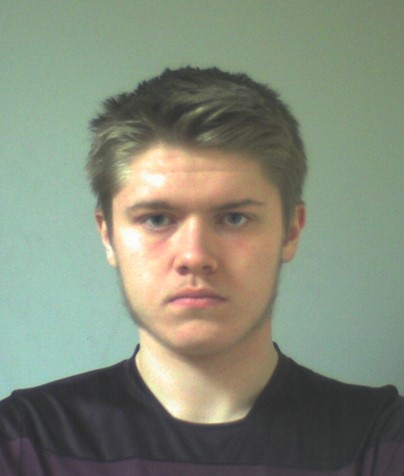 A man who sexually abused a number of young girls over a two year period, has been jailed for over 12 years.

Ryan Garside, 18, from Blackpool was sentenced on Monday (29th October) at Preston Crown Court for 20 offences relating to four child victims between 2016 and 2017.

His victims were between the ages of 13 and 15 when he abused them.

At an earlier hearing Garside pleaded guilty to one count of rape, ten counts of sexual activity with a child, one count of possession of indecent images, three counts of inciting a child to engage in sexual activity and five breaches of a Sexual Harm Prevention Order (SHPO) – issued at Preston Crown Court in May 2017.

His offending included the rape of a 13 year old girl in which he covered her face and used a school tie as a ligature.

He was between 16 and 17 when he committed the offences.

Garside was given two sentences - nine years and seven months and an additional 32 months for breaching his Sexual Harm Prevention Order on numerous occasions.

He was given a lifetime Sexual Harm Prevention Order and restraining orders for all of his victims. He has also been placed on the Dangerous Offenders Register.

DC Martyn Leigh of Blackpool’s Awaken Team, said: “Garside would use social media to groom his young victims, before meeting up with them and carrying out horrific sexual assaults. He is an extremely dangerous individual who preys on young girls, for his own sexual gratification”.

“He has shown complete disregard for the legal system and the Sexual Harm Prevention Orders imposed against him previously”.

“I welcome this sentence which shows the magnitude and nature of his offending and the trauma he has put these children through. I commend the victims’ bravery in coming forward and reliving their ordeals in order to give evidence”.

“Lancashire Constabulary remains committed to investigating offences of this nature, and we would encourage anyone who has been a victim of a sexual offence to come forward safe in the knowledge that they will be treated sensitively and professionally.”

Sophie Rozdolskyj, for the Crown Prosecution Service, said: “I would like to pay tribute to the victims and witnesses in this case for coming forward. Thanks to their bravery a very dangerous young man is now serving a lengthy sentence. I am also very grateful to the Officer in the case and the Disclosure Officer for all their hard work and dedication in what was a complex and sensitive case.”

Throughout the month of November, a wide variety of activity will take place across Lancashire Constabulary including specialist training for Police Officers and staff; awareness raising amongst parents and young people; and continued enforcement activity to crack down on offenders.

The Constabulary is also supporting a Child Sexual Exploitation (CSE) conference which has been organised and funded by the Police and Crime Commissioners office to help educate professionals working in partner agencies on CSE and what action they can take to help Police tackle the issue and support victims.