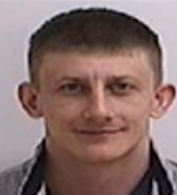 Wharton, 31, was last seen at HMP Kirkham on the evening of Monday April 23rd and has not been seen since.

Wharton was sentenced to five years for burglary in 2016 at Chester Crown Court. He has links to Liverpool, particularly the West Derby area.

He has a small scar of the front of his head and a three inch scar on his thigh.