A man who drove a car at revellers outside a Blackpool nightclub has been jailed for five years.

Jake Hartley, 19, of Rochdale Road, Todmorden injured three people and caused panic in the town as clubs and bars went into lockdown, shortly before midnight on Saturday April 14th.

Officers were called to the Talbot Square area of Blackpool at 11.50pm on Saturday April 14th following reports a grey Skoda estate had driven at speed colliding with a number of pedestrians.

The vehicle was not displaying registration plates.

Armed officers were deployed and the car was recovered a short time later outside the Norbreck Castle Hotel.

Hartley was arrested on suspicion of driving while unfit through drink and/or drugs, causing grievous bodily harm and dangerous driving. 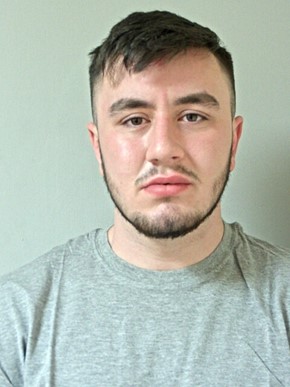 He pleaded guilty to a number of charges (below) and appeared at Preston Crown Court today (Weds May 16) to be sentenced.

PC Chris Hammond, of Lancashire Constabulary’s West Division, said: “Hartley’s driving after he was ejected from the Home and HQ Club was truly shocking and it is only a matter of luck that no-one was seriously injured or killed.

“Innocent members of the public, who wanted nothing more than to enjoy a night out in Blackpool, were held inside bars and clubs for their own safety while we tracked down and arrested Hartley.

“This was a terrifying incident for everyone involved and our thoughts remain with the three women who were injured.”