Man jailed for life for murder of baby son

A MAN has been jailed for life after he was convicted of murdering his baby son.

David Christie, 36, was found guilty by a unanimous jury decision after a trial at Preston Crown Court. 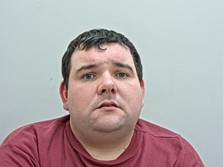 He was sentenced today (Friday, March 9th) to life with a minimum term of 12 years before he will be considered for parole.

Police were contacted at shortly after 4am on Friday, March 10th last year by the Ambulance Service who were at an address on Wyre Grove tending to six week old Marshall Christie. The baby was taken by ambulance to Blackpool Victoria Hospital and then transferred to the Manchester Children’s Hospital where he sadly died on March 15th. A Home Office post mortem examination showed he had died as a result of head injuries. 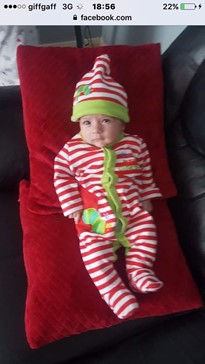 Christie was initially charged with Section 18 wounding but following the baby’s death and after consultation with the Crown Prosecution Service he was charged with murder.

Christie had claimed during the trial that he had injured his son Marshall Christie unintentionally while trying to resuscitate him after he found the child unresponsive, but the jury rejected this.

During the trial the court heard Marshall also had other injuries, including an earlier brain injury, rib fractures and bruising. Following the sentence Detective Inspector Paddy O’Neill, of Lancashire Constabulary’s Force Major Investigation Team, said: “In his short life Marshall Christie should have been able to look to his father for the love and protection of a parent. However, having heard all the evidence, the jury concluded that on the 10th of March 2017 when David Christie shook his son so violently so as to cause the baby multiple rib fractures and catastrophic and unsurvivable brain injuries, he did so with the intent to cause Marshall serious harm. They did not accept Christie’s submission that he was trying to resuscitate the baby having found him unresponsive.  It is right and proper then that he has been convicted of murder. Tragically, our investigation identified that Marshall had suffered previous rib fractures and another brain injury that pre-dated the injuries Marshall suffered on the 10th of March, and those occurred whilst Marshall was in the sole care of his father.

“My thoughts remain with Marshall and indeed his wider family who have been put in an insufferable position by Christie’s actions, and yet have conducted themselves with dignity and restraint since the horrific incident 12 months ago. I hope that this conviction can offer them some comfort as they try to move on with their lives.”