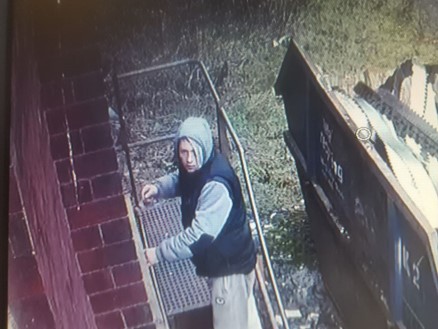 We would like to speak to him following a burglary in Blackburn.

Police were called at 09:18 hours on 19th February to a report that a number of power tools had been stolen from Lancashire Saw Co on Gorse Street over the weekend.

An unknown offender approached the rear of the premises and gained entry by smashing a window.

PC Bingham of Lancashire Police said: “We’d appeal to any witnesses, or anyone who saw anything suspicious in the area during this weekend to come forward. We would also ask for the public’s help in identifying the pictured man, who we would like to speak to in connection with the incident.”

Anyone with information is asked to contact police on 101 quoting crime reference ED1803339.